Goals of this documents

Each supernode has one or more local routers. Each local router has some local subnet, for downstream sector antennas, service nodes, and PtP links. Each router speaks BGP to some of these services and also to neighboring supernodes. Routers present internet access by passing a NAT layer and consuming some public IP addresses; For example, in a scenario where a single IP connection is handed off, such as Verizon FiOS, the IP is consumed by the NAT services directly. If the supernode is also a Public Backbone routers, one or more backbone routers provide public access connectivity, with some connectivity being presented to the supernode routers for NAT consumption. Downstream access can be presented via one or more subnets, one or more antennas, in a mixed fashion for whatever is best for that region.

Plan to get us to this new architecture 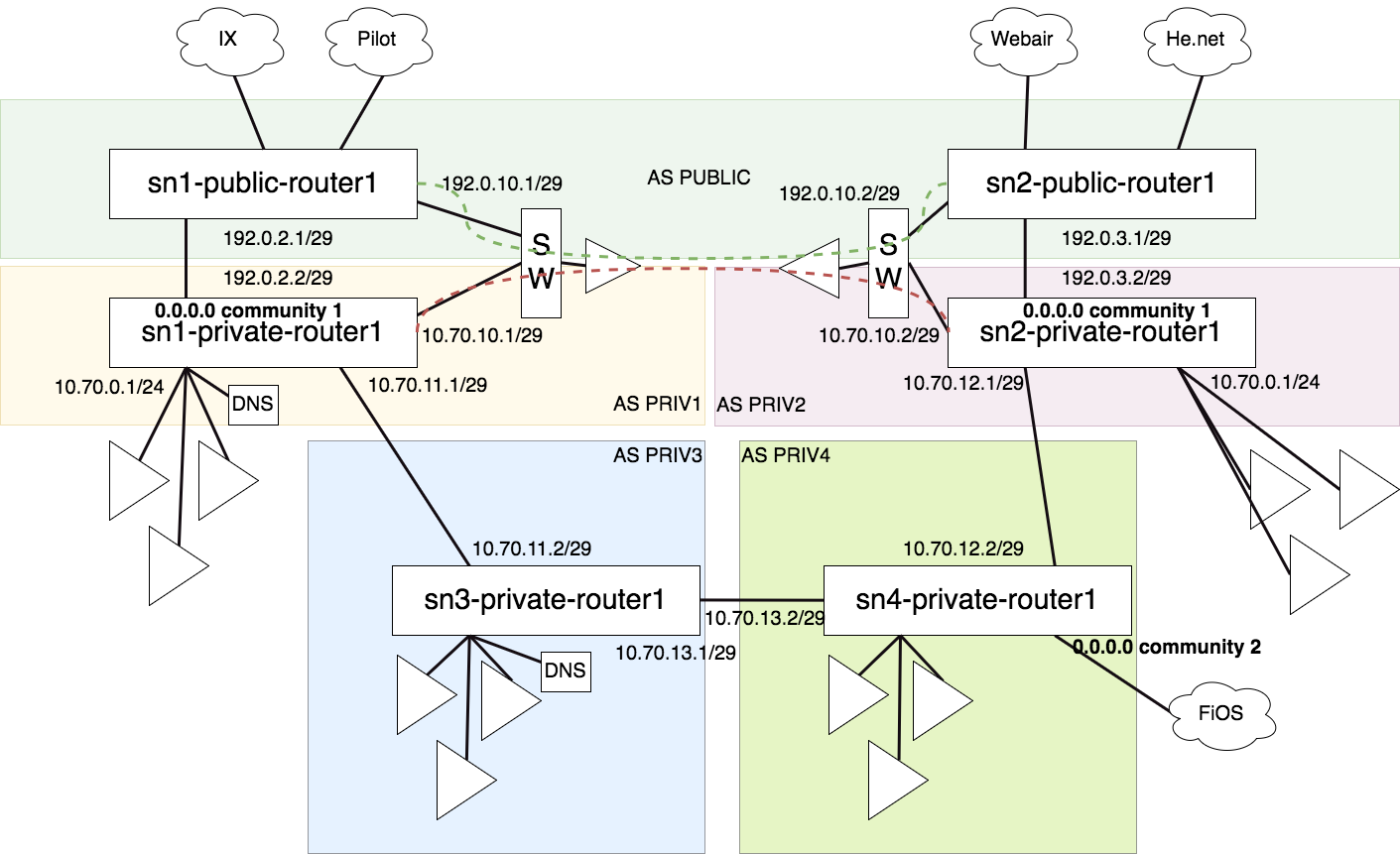